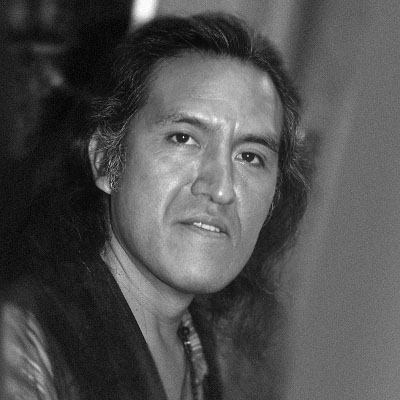 Humberto Ak'ab'al also Ak'abal or Akabal (born 1952 Momostenango, Totonicapán department) is a K'iche' Maya poet from Guatemala. His poetry has been published in French, English, Estonian, Scots, German, Arabic and Italian translations, as well as in the original K'iche' and Spanish. His book Guardián de la caída de agua (or Guardian of the Waterfall in English) was named book of the year by Association of Guatemalan Journalists and received their Golden Quetzal award in 1993. In 1995 he received an honorary degree from the Department of Humanities of the Universidad de San Carlos de Guatemala. In 2004 he declined to receive the Guatemala National Prize in Literature because it is named for Miguel Ángel Asturias, whom Ak'ab'al accused of encouraging racism. He said Asturias' 1923 essay The Social Problem of the Indian, "offends the indigenous peoples of Guatemala, of which I am part." He passed away on January 28th, 2019. He contributed greatly to gaining recognition for indigenous Guatemalan poetry and arts.

The K'iche' language has no word for poet; he is called ‘singer’.